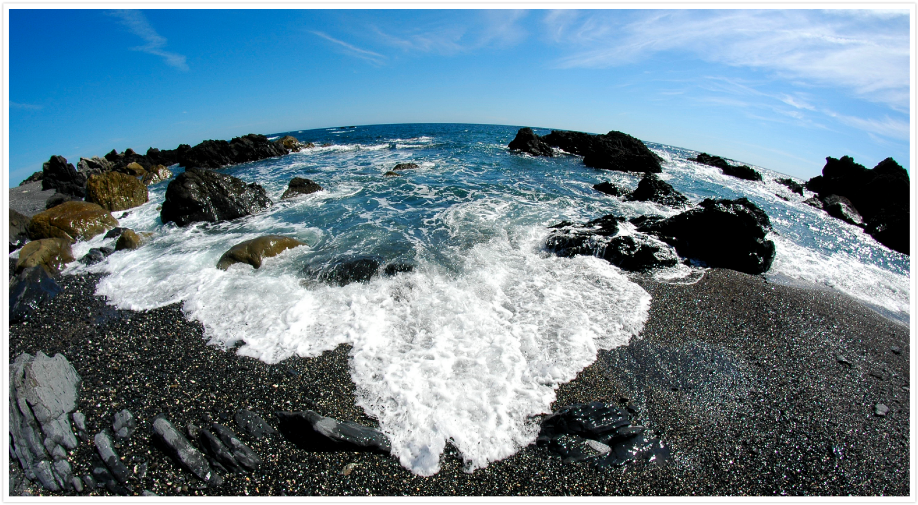 uroto UNESCO Global Geopark is in Kochi Prefecture on the south-eastern tip of Shikoku. It juts out into the Pacific Ocean. It is the forefront of the birth of new land through the subduction of the oceanic plate and uplifting from great earthquakes along the Nankai Trough off the coast of Muroto. The sediments at the bottom of the deep sea have been pushed against the continental crust and lifted up to form the foundations of the land. It possesses a rich heritage of diverse geological formations.

Muroto UNESCO Global Geopark is a place where you can read the history of the Earth as it is written in the rocks. And while the land continues to rise and change, it serves as the foundation for the forms of life and culture in Muroto.

We can discover how local people have been dealing with the ever-changing landforms. 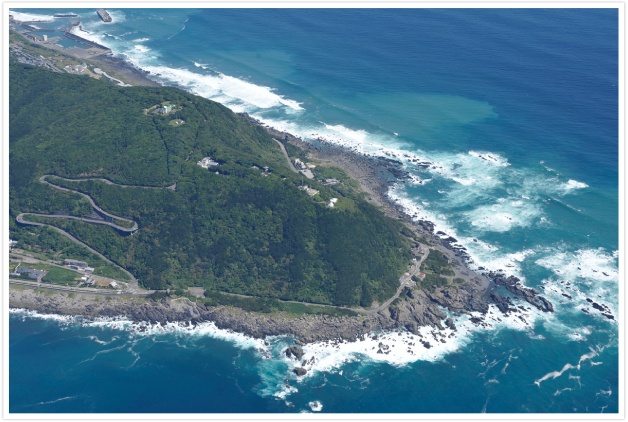 n the coast and in the mountains of the geopark are fossils, remnants of life that once lived on the land when it formed part of the ocean floor. Today that same land is the foundation for life in Muroto. Extending into the Pacific, Muroto’s mild climate is influenced by warm ocean currents that flow along it. Coastal and subtropical plants grow along the coastline. Some have branches twisted by wind, much like the rocks that were twisted by the Earth. Some cling to these rocks with their roots, to better endure the coastal weather. Along with the land and the climate that shaped them, they form the natural environment of Muroto UNESCO Global Geopark.

ust as the plants and animals have adapted to the landscape and climate of Muroto, so have the people. Their culture and way of life are shaped by, and shape, their environment. Even down to the spaces they live in, with traditional rural townhouses built to withstand frequent storms and typhoons. Local industry also emerged from the resources available: farming on the marine terraces, charcoal production using local timber and techniques, and a fishing and whaling industry that lead to the development of cultural practices and artifacts that still remain even after whaling in Muroto has ceased. This connection between land, environment and people is what Muroto UNESCO Global Geopark is about.